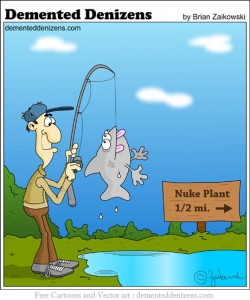 What do you do when your grant application (or your colleague’s) turns out to be a misshapen monster? How do you even know if it has? Can you tell if it’s just a little bit deformed? Read on. This post is about how to test whether your case for support is the right size and shape. Size and shape go together for three reasons.

Incidentally, if you think that the solution to an overlong case for support is to shrink the margins and the font size I have no argument with you. None whatsoever. But you are reading the wrong blog. This blog is about grant-writing. Here are some blogs about typography.

The easiest malformation to spot is if one of the parts of the case for support is missing or the wrong size. In the research funding toolkit book we make the point that a generic case for support has three components.

The parts of the case for support must be the right shape as well as the right size if they are to work effectively. There are two major aspects to this.

If you have generated your draft without thinking too much about structure and particularly if, like most academics, you tend to write statements as conclusions, rather than as assertions to be explained and justified, it may actually be pretty hard to work out what each section of the text does. If you are in this situation your draft is the research grant equivalent of what Inger Mewburn, Director of Research Training at the Australian National University  (AKA @thesiswhisperer), calls the zombie thesis. Let’s call it a zombie grant.

I have explained that you can avoid writing a zombie grant by writing key sentences and using them to impose structure on your draft.  But once you have it, you need to take drastic action to avoid getting sucked into a quagmire. As @thesiswhisperer says says “The worst thing to do with a Zombie Thesis is to do a line by line edit. This is like trying to fight a jungle war – you will find yourself hip deep in mud somewhere, with a sucking chest wound, too far for a helicopter to reach.”