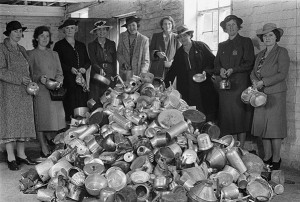 Salvage is the only way forward after rejection.

The most difficult aspect of grant rejection, apart from not having a grant of course, is that your motivation to write new applications evaporates. That’s why it’s even more important than working out what was wrong with your rejected application to salvage what you can from the rejected application and start putting together a new one.

It is of course important to take the opportunity to learn what you can about what was wrong with the rejected application and I wrote about how to do that last week. However, whether or not you learn anything from it, you must come to terms with the fact that your rejected application is dead. Yes, dead. I’m sorry, I did say dead and I do mean dead. Mourn its passing but do not imagine that editing will reanimate its corpse. Use your editing pencil instead to mark useful parts to salvage and recycle.

Salvage the Sub-Projects One at a Time

A sub-project is a discrete set of research activities designed to produce a definable outcome. You must divide your project into sub-projects in order to make it accessible for the grants committee. Remember, they are not experts in your field so they are unlikely to appreciate your project unless you can break it into bite-sized chunks.

If you cannot easily divide your research into sub-projects you can use the timeline of your project to divide it into phases. You will need to be able to say in a single sentence what you expect to be the outcome of each phase. If it’s impossible to do this you need to think again. You won’t get funding for a research project unless you can produce a succinct statement about what you expect to have happened by the time you are about a third of the way through it.   Of course you can use natural break-points in your project to divide it into phases that are not exactly equal, but if you want to get funded you must be able to give confidence that you will are able to plan the progress of your research.

Record Key Information About Each Sub-Project

To make it easy to re-use the sub-projects you need to record extra information with them. I suggested in a previous post that you should compile a catalogue of sub-projects with this information.

If you can salvage all of your sub-projects you should have about half what you need for another grant application. However I strongly recommend that you try to create a portfolio of sub-projects so that you can re-use them in different combinations.

The descriptions of the sub-projects are the only large chunks of text that I would advise you to salvage from the proposal. The other sub-sections will probably not be relevant if you restructure your project, which I strongly advise you to do. However, there are some snippets of text that could be worth salvaging from the rejected proposal.

Finally, a word of caution, be suspicious of all the text you are salvaging. Something in your grant application sank it and, unless your feedback made it very clear what it was, you should be cautious about the possibility of salvaging something that could sink the next one.